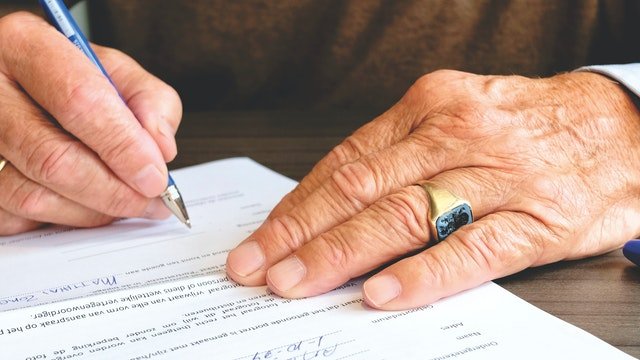 With more than 8 lakhs confirmed cases in the country and rising deaths across the country, the deadly disease has caused and continues to cause unprecedented turmoil in the political, social, and economic environment globally. India is no stranger to this as the country is still reeling from the lockdown mode to contain the outbreak and prevent the essential activities come to a grinding halt.

The pandemic has literally forced the governments all over the world to encourage work from home to prevent travel and human interactions. The severity of the situation cannot be underestimated at any cost and requires the government to constantly keep itself on it toes. The situation demands proactive, quick response and timely decision-making by the government and all sections of the economy to prevent any more rippling effect.

RESPONSE OF THE JUDUCIARY

Since social distancing is the new norm and it is one of the worst nightmares for advocates, the Courts have identified the need of the hour whereby the most of the Courts including the NCLT and NCLAT decided to adjourn all the matters except the urgent ones needing immediate action.

On another note, the Hon’ble Supreme Court has Suo moto taken cognizance of the situation vide WP(Civil) No: 3/2020 on 23.03.2020 for combatting the challenges faced due to the pandemic and its resultant difficulties faced by the litigants with respect to filings of petition, applications, suits, appeals etc. within the period of limitation. So, to obviate such difficulties and to avoid physical filings all together, the period of limitation prescribed under a general law or special law shall be extended w.e.f 15.03.2020 until further orders.

The crisis has prompted so many discussions and ideas on the response of the Insolvency Law in India. Practitioners and many bodies that are closely working with the IBBI have vehemently recommended changes to the insolvency law to deal with the challenges posed by the crisis. Most of the discussions propose the need of the hour to decriminalisation of minor violations falling under the ambit of Companies Act, 2013 like shortcomings in CSR reporting, inadequacies in board report, delay in AGM meetings etc. Primarily, the intent seeks to achieve the de-clogging of criminal courts and the NCLTs

One of the humble attempts of the government to revitalize the economy include Athmanirbhar Bharat.  Further, by virtue of Section 4 of the IBC, the government has also the power to increase this threshold amount to any higher amount up to 1 crore. The government has exercised this power and vide its notification S.O. 1205(E) dated 25.03.2020 has increased the threshold limit for filing of petitions from Rs. 1 Lakh to 1 crore. One cannot help but think that this could be a welcome move as this would essentially insulate medium and small industries from litigation who have been hit the hardest by COVID-19. Furthermore, to offer respite to stressed business amid the havoc, the GOI has announced that it has found it expedient to suspend Section 7,9 and 10 to prevent corporate persons which are experiencing distress on account of unprecedented situation being pushed into insolvency proceedings for some time. This is given effect through the “The Insolvency and Bankruptcy Code (Amendment) Ordinance, 2020.”

The second limb of the afore-mentioned ordinance deals with the incorporation of a “non-obstante provision” in Section 10A to the principal act that deals with the suspension of initiation of insolvency process of the Corporate Debtor. To remove ambiguity with the wordings of the section, it has been made crystal clear in simple words that, no application shall ever be filed for initiation of corporate insolvency resolution process of a corporate debtor for the said default occurring on or after 25.03.2020 for a period of 6 months or such further period, not exceeding one year from such date as may be notified by the government meaning the financial creditor u/s 7, Operational Creditors u/s 9 and by Corporate Debtors themselves u/s 10 of the Insolvency and Bankruptcy Code, 2016 has lost their rights to apply for corporate insolvency. By virtue of the language of the afore-mentioned ordinance, it is evident that the rights of the applicant are not just suspended but it is permanently snatched for any defaults in the exempted period (i.e., after 25.03.2020). Pursuant to the ordinance, one cannot help but assume that this is nothing but a leeway/ golden opportunity for companies to default deliberately even if they have the capacity to pay their debts and escape “rightful and deserving” insolvency forever due to the suspension of rights of the creditors.

Though the intent and spirit of the ordinance as embodied in its preamble refers to impact of COVID-19 on business, fiscal markets and economy at large, the relationship of default arising of impact of COVID-19 is however not clearly established. Moreover, the ambiguous language of Section 10A could give rise to disputes of a kind wherein stakeholders involved may seek recourse under section 10A for any default, leading to a lot of time and energy being spent in establishing the link between the default and the Covid-19 pandemic. This could also mean that there would be filing of cases disputing the date of default before the Adjudicating Authority for invoking Section 10A especially when Section 7 and 9 have been barred.

Additionally, the last facet of the ordinance deals with insertion of a non-obstante clause to section 66 concerning fraudulent and wrongful trading. This addition to section 66 essentially bars the resolution professionals from filing any application u/s 66(2).  This embargo from filing an application u/s 66(2) enables the director or partners of the corporate debtor to tread an escape route for their unlawful behaviour for misappropriation leading to a loss to the creditors during the exempted period. Further, the ordinance makes no mention of any respite for ongoing corporate insolvency proceedings for any re-submission of plans or revision of valuation which would actually seem warranted and justifiable amid the lockdown.

While the sole intent and spirit of the ordinance is to provide some “breathing space” to companies, there is strong chance that the promoters and directors construe this breathing space as defaulters’ paradise.  Nevertheless, the stakeholders of companies should consider it an opportunity to resort to alternate forms of approach for resolution of disputes vis-à-vis settlement, restructuring, change of ownership etc.

Therefore, this unchartered territory requires careful scrutiny and timely revaluation. The ordinance might not be able to plug all loopholes for the time being but it appears that we are moving in the right direction.

In re: Representation preferred to Government regarding the need to frame rules for adopting virtual hearing of arbitration proceedings