Insurance for mental health and genetic disorders will be standardized and introduced as part of basic mediclaim policies.
The IRDAI on March 19 mandated insurance for genetic disorders after a Delhi High Court order called such exclusions illegal. It, however, put the circular on hold after the Supreme Court granted a stay on the high court’s order.

The insurance regulator on Aug. 16 issued another circular making it compulsory for general insurers to cover mental health disorders with immediate effect. The regulator will look at the report submitted by a committee that seeks to reduce and standardize exclusions in health insurance.

Covering genetic disorders and mental health ailments would increase premium if added to basic plans as opposed to add-on covers, according to V Jagannathan, chairman and managing director at Star Health and Allied Insurance Company. 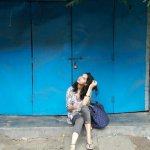